In this blog, we will discuss the environmental benefits of using a reverse vending machine, its working, its deposit refund scheme, its manufacturers, and its market.

A reverse vending machine (RVM) is revolutionizing the recycling industry by providing efficient solutions to the waste beverage containers i.e., plastic or cans. Reports showed that about 425 beverage containers are being generated per capita per year in America. The surge in waste, demands a high rate and frequency of recycling, and RVMs provide efficient service to resolve the problem. RVM serve to be an automated means of collecting, segregating, and handling returned discarded beverage containers and finally recycling them to be reused. This would pose environmental benefits in terms of reduced littering on the roads, eliminating the plastic waste reaching oceans and other water bodies, and diminishing the waste reaching landfill. Moreover, recycling facilitates the reuse of waste containers instead of using new raw materials for production leaving a very positive impact on the environment. The TOMRA designed the first automated reverse vending machine in 1972.

The reverse vending machine accepts the different categories of waste beverage containers mainly plastic, glass, or aluminum bottles and cans, etc. The user needs to lodge the empty containers to the machine via the specific vent designated in the machine. After lodging the container, the machine scan, the barcode of the container and identify the characteristics i.e. shape, size, and material of the container. It will then undergo waste segregation and final disposal system as the glass bottles are collected and stored for refilling whereas the plastic bottles and containers are crushed and converted into pellets to be used as raw material for producing new bottles.

Some regions in the world have Deposit Refund Scheme legislation combined with the RVM to incentivize the public the aiding in the recycling of waste bottles provoking responsible citizen behavior. In this system, as the beverage containers are inserted into the RVM, it generates the receipt based on the value of the product which can be redeemed. This system has been proved as the most efficient system of inculcating the recycling culture among the general public as studies showed that above 45 countries around the world are successfully using it with a redemption rate of 90% which means that approximately 70-100% of containers are getting recycled which would be impossible with any other strategy employed.

There are different companies worldwide involved in manufacturing and selling reverse vending machines some of the most common and top companies are; TOMRA, Incom Recycle, TRautwein SB Technik, Diebold Nixdorf, RVM Systems AS, Envipco, Kansmaker, etc. The number of companies operating in this domain is expanding geographically not only in developed but in developing countries as well. The price of the RVM varies based on the capacity and manufacturing company for instance on average RVM costs $12,000 worldwide including price and fixation. Similarly, TOMRA prices range from $10,000 – $25,000. 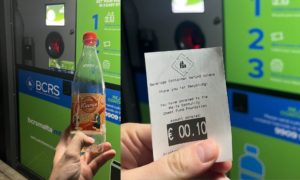 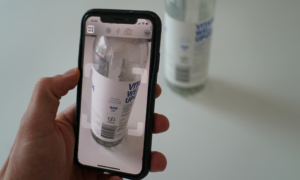 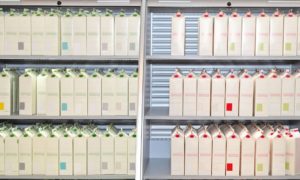