EKOCHARITA focuses on the collection, donation, pre-sorting and wholesaling of used clothing, footwear, bed sheets, linen as well as feather-beds. Today, Ekocharita is the fastest-growing bin operator in the region and they manage the network of 1300 bins located mainly in the western part of Slovakia. Annually, they collect approximately 3 000 tonnes of material, that would have otherwise ended in a landfill or in the incinerator.

Ekocharita containers are usually distributed in busy urban areas. The availability of textile waste containers in close proximity encourages citizens to sort the clothes properly. Servicing such infrastructure can be rather challenging. What makes containers for textile waste unique, is their very irregular filling cycles. The speed by which the containers become full is absolutely unpredictable, which makes collecting this waste difficult for operations and logistics and puts high financial and time demands on managers.

Real-time online monitoring of fill levels can significantly improve operations and reduce costs. The ultimate goal of the project was to minimize operational costs per kilogram of collected waste as well as the environmental footprint. The prices on the textile waste market are not high, therefore Ekocharita and all other textile collectors have to work hard to maintain efficient operations. Otherwise, the textile will end up in mixed waste and then in incinerators or dumps.

Ekocharita already digitized their bins in Sensoneo Platform in 2020. This allows them to better visualize bin location, navigate drivers & customers to their bins. As of January 2021, Ekocharita began installing Sensoneo smart sensors to monitor the fill levels of their containers in real-time. By the end of June, they had monitored 600 containers: „We have installed the sensors on our own, following a 2-hours training from Sensoneo, and we were surprised by how easy it was – it takes less than 5 minutes to install and set up the sensor,“ explains Juraj Kunak, CEO and Founder of Ekocharita.

Remote bin monitoring provides valuable data on bin fullness. This data alone does not save collection costs. Adjusting the process and including the data into the collection planning, resource allocations and calculation of routes proved to bring significant cost savings from the very beginning of the project. With every batch of installation, the positive impact on operations became more and more visible. 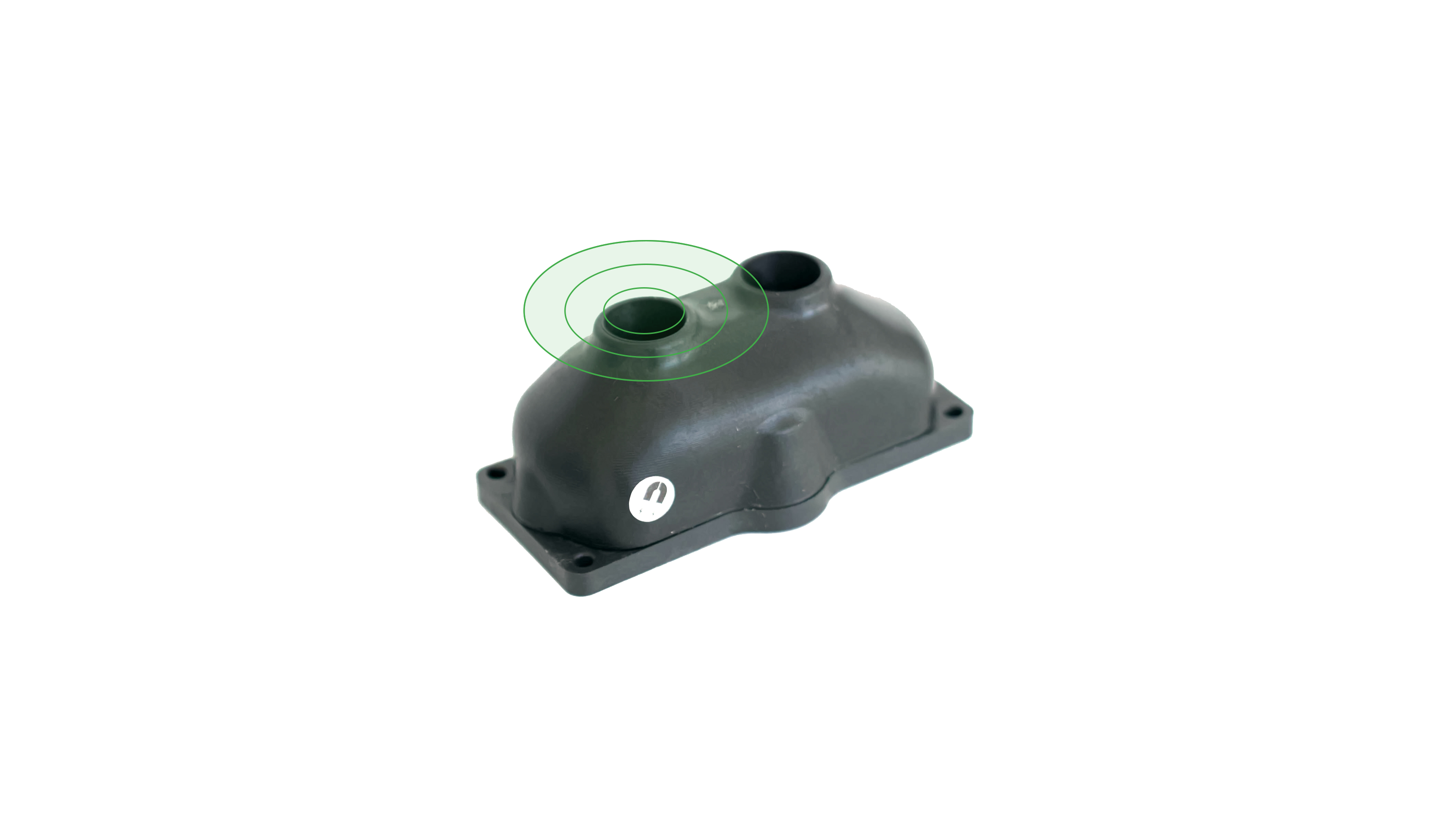 The Sensoneo sensors use ultrasonic technology to monitor fill levels in containers 24 times a day. Along with this data, they also monitor temperature and provide fire and tilt alarms. For the data transfer, the company decided on the LoRaWAN IoT network.

With smart waste monitoring on board, Ekocharita has completely redesigned the way they operate. The whole network is digitalized, and the drivers can easily and quickly identify the containers which really require pick-up, and so spend their time much more efficiently: „Right now, the driver wakes up in the morning, opens the app and can see the orange and the red dots – and that is exactly where he should go to quickly collect the full car – because that is the metric based on which the drivers are paid.“

Before the sensors, the collection was based merely on the estimations of the drivers: „They were driving for 8-9 hours to collect a full car. They were running in circles and let’s say in 6 months the drivers were completely burnout. Now they can start at 7 or 8 and can be finished by 12:00 or by 1-2:00 PM and they can go back home to their families.“

The drivers, originally opposed to the implementation of new technologies, became very proactive as they realized the actual positive effect on their workloads. Juraj Kunak: „Even those who said that „I will not use it, I can’t do it with a smartphone“  are the first to open a smartphone at six in the morning, make 12 red dots along the way, and at 10:00 they are back with a full car.“

„We know that 6 full cars are coming to the warehouse every single day.“

The ability to choose only the nearly full containers for collection also allows Ekocharita to ensure they collect the volumes of material they need for easy and smooth warehouse management: “Before having sensors, for example, 5 drivers would come full, but one driver would come empty. For one day, you can say it does not matter, but after 30 days you are missing let’s say 15 tons inside the warehouse, and that is the highest loss.“

By the end of 2021, Ekocharita wants to monitor all 1 300 textile bins with Sensoneo sensors.

„Digitalization not only helped our operations – but it also opened a brand new customer segment for us.“

„Having sensors means being reliable for the partner. That is why we are deploying more and more containers which are very near to us in shopping malls, schools, universities, kindergartens… New areas where I have not been before because there was another competitor. Now we are able to replace them.“

„We are able to guarantee daily collection of volumes we need for a smooth logistics process – and it takes us fewer hours and less km than before.“

Ekocharita was able to implement the solution thanks to the EIC Accelerator grant for Sensoneo. This way, the company could test and experience the actual benefits of a large-scale smart waste management deployment immediately. Naturally, the pace would have been different if the company had purchased the solution the standard way. That is why the company has also calculated the Return of Investment if the investment was fully on them. To calculate the ROI, the company used Sensoneo’s monthly „smart waste as a service“ pricing.

„If the purchase of the sensors had been fully on us, we would have received the ROI in 7 months,“ explains Juraj Kunak, CEO and Founder of Ekocharita.

Discover the story in media